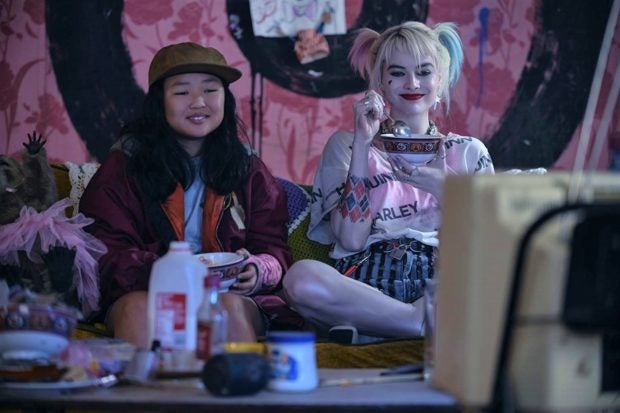 Filipino-Korean actress Ella Jay Basco is dedicating her career-changing performance in the DC movie “Birds of Prey (and the Fantabulous Emancipation of One Harley Quinn)” to her Filipino fans.

The antihero movie centers around Quinn’s life in Gotham City after breaking up with Batman’s nemesis, Joker. Quinn bands with an unlikely group of girls all fighting the same villain, the Black Mask, played by Ewan McGregor.

The 13-year-old actress retweeted a character profile of Cain made by Warner Bros. on her Twitter page yesterday, Feb. 13. The Filipino actress shared that her grandfather is from Pangasinan, while her grandmother is from Zambales.

“This movie is for you Philippines!” Basco said.

This movie is for you Philippines! My Grandpa is from Pangasinan and my Grandma is from Zambales. https://t.co/2c0pNlc2dg

In an interview with Basco, she described her pickpocketing character as a kid who lived in the streets of Gotham, jumping from foster home to foster home, as seen on Warner Bros. PH Twitter page on the same day.

Cain looked up to Quinn as a role model, according to Basco. Her character also learned to fight to survive at a young age.

Watch your pockets. 👀 @ellajaybasco is Cassandra Cain in #BirdsofPrey, NOW PLAYING in cinemas. Make it your pre-Valentine movie date.

Ella Jay Basco is the niece of the Filipino-American actor Dante Basco. Ella Jay’s father is the eldest among the Basco brothers.