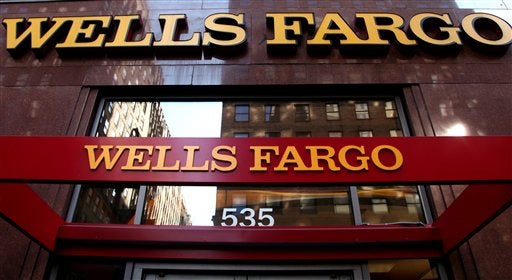 One of the biggest banks in the world is laying off 700 tech jobs that are currently outsourced in the Philippines, leaving stakeholders in a struggle to make sense of the wider implications of this massive job loss.

US-based bank Wells Fargo & Co. is downsizing its operations in the Philippines, leaving only 50 tech workers out of 750 by the end of the year, according to a report from Bloomberg on Friday.

Some of these jobs would be transferred to India instead, the Philippines’ main competitor in the information technology and business process management industry. Wells Fargo currently has about 12,000 workers in India.

This is part of a “global workspace strategy,” Bloomberg quoted the company spokesperson saying. Wells Fargo has not yet responded to the Inquirer’s request for further information as of press time.

At this point, it is unclear if the decision was in part influenced by the Duterte administration’s plan to rationalize tax incentives, a move which critics claimed would increase the cost of doing business in the Philippines and make other countries more attractive in comparison.

What is clear, however, is that the move will come at the expense of hundreds of families that depend on IT-BPM workers as their breadwinners. The IT-BPM industry in the Philippines is the largest employer in the private sector, allowing Filipinos to earn big without going abroad.

“This strategy will ultimately provide meaningful benefits to out employees and customers, but we recognize this change will have a significant impact on some employees and their families,” the company statement to Bloomberg said.

Wells Fargo has been undergoing a major corporate restructure since the financial services company appointed a new chief executive officer late last year. Here in the Philippines, the benefits of these changes might get lost in translation as both the private sector and the government saw the news differently.

Charito Plaza, director general of the Philippine Economic Zone Authority, thinks part of the reason must be the Citira, or the Corporate Income Tax and Incentive Rationalization Act—a bill which has made the Philippines a difficult market pitch for potential and even existing investors.

Through the Citira, the Duterte administration is planning to rationalize the tax breaks and lower the corporate income tax in the country, which is currently the highest in Southeast Asia.

Talks about the bill alone have sent pledges on a downward spiral. Last year, total investment pledges registered under Peza fell 16 percent to P117.5 billion, although this was slower than the 41-percent plunge in 2018.

“One of the factors [is likely] the uncertainty [over tax perks]. They [say in the report] that they want to strategize their location. But now, with the uncertainty, of course it’s a wait and see. They can’t make a decision [to expand],” she told the Inquirer in a phone interview.

While the Peza-registered company will be transferring some of its tech jobs, this will only affect around 13.7 percent of the company’s total employment in the Philippines, Peza said in a separate statement. The regulator said there were currently around 5,000 Wells Fargo workers in the country.

“The company assures that they will provide affected Manila-based employees with services to help them find new positions within Wells Fargo or other companies, or those who do not get placed will receive proper separation benefits,” Peza said.

This is not the first major job loss reported this year. Nokia Technology Center Philippines is closing down, leaving 700 workers jobless as the company said that “tough” market conditions prompted it to consolidate its research and development to fewer locations.

The head of the IT & Business Process Association of the Philippines (Ibpap), however, said this was not connected to the Citira at all. Wells Fargo, through its unit Wells Fargo Enterprise Global Services, is a member company under the industry group.

“The Wells Fargo development is in no way related to Citira,” Ibpap CEO and president Rey Untal told the Inquirer.