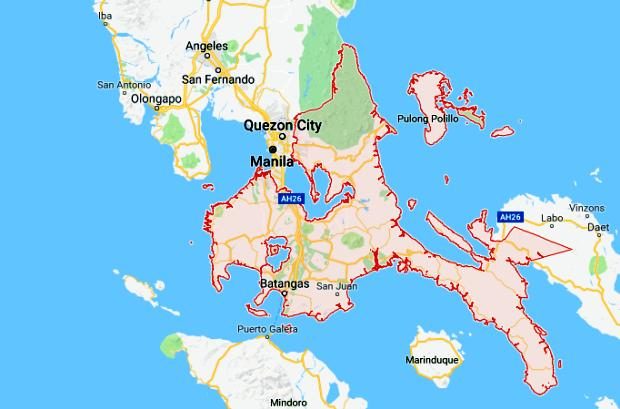 SAN PEDRO CITY –– Confirmed cases of the coronavirus disease (COVID-19) in the Calabarzon region has gone up to 95, with 14 deaths.

The regional Department of Health on Friday said that as of March 26, Rizal had the highest number of cases at 37, as well as in terms of mortality with six.

In Cavite, 23 people were so far infected with the fast-spreading virus. Four people had died.

Cases were recorded the cities of Bacoor, Dasmarińas, Imus, Gen. Trias, and in the towns of Naic, Rosario, Silang, and Tanza.

In Laguna, the number soared to 18. Among the new cases was a 92-year-old female from Lumban town, who was tagged as PH668.

The rest of the cases were traced to the cities of San Pedro, Biñan, Sta. Rosa, Cabuyao, Calamba, and Los Baños town.

The San Pedro City health office, on Friday, however, said the records did not reflect yet that of obstetrician Raquel Seva, whose test results have yet to come out.

Seva, who showed symptoms similar to those of COVID-19, died this week and was listed among the nine physicians who perished due to the disease, issued by the Philippine Medical Association.

One of them from Batangas City had died. The rest of the cases were in the cities of Batangas, Tanauan, Sto. Tomas, Lipa, and in the towns of Lemery and Nasugbu.

In Quezon, two residents of Lucena City tested positive, one in Sariaya, and one in the fifth-class town of Sampaloc.